Dedicated to helping families get life-saving medical treatment for their pets.

Cooper’s Legacy Foundation is excited and proud to announce Cooper’s Legacy Foundation Resale Shop is now open! Many of you will be familiar with this space as it is located inside the Community Congregational United Church of Christ (CCUCC) at 525B NE Campus St, Pullman. Come see all the great items we have for sale including clothing, jewelry, accessories, and housewares. We are accepting donations in the donation box located at the corner of Campus Ave and Ruby St. We need volunteers, call us at 509 332 2277 to talk about our volunteer opportunities.

Ashes is a 9.5 year old Russian Blue cat that lives in the Palouse area. Isn't she gorgeous!  She recently had a complete mastectomy due to mammary gland cancer at Washington State University Veterinary Hospital.  Ashes' veterinarian suggested chemotherapy post-surgery to make sure the cancer does not come back.  Ashes' mom was able to pay for the surgery out of her savings and received a grant to cover some of the chemotherapy .  However, she lost three out of her four part-time jobs after Covid-19 hit and she needs help with the last couple of chemotherapy treatments and follow up blood work.  We need to raise $289.00 to get Ashes back to her happy, beautiful self.  Can you help?
UPDATE:  Ashes' Fund goal has been met! 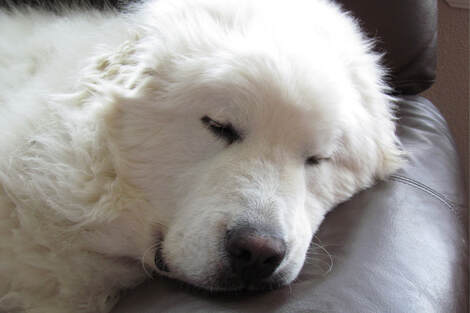 For those of you who are unfamiliar with Cooper's story I will share my Cooper experience with you.  Cooper is a wonderful, playful, sweet, Great Pyrenees who was just 18 months old when he came unexpectedly into my life in April, 2012.  He belonged to some friends who had fallen on hard times and had to move away from Pullman.  Unfortunately, they could not take Cooper with them. Cooper was suffering from bilateral cranial cruciate ligament tears so the chances of getting him into a shelter or rehoming him were slim.  My friends thought they might have to put Cooper down. I offered to take Cooper in and see if I could raise enough money locally to get him the surgery he needed.  The cost of the surgery was approximately $5,000.00. I was not sure I would be able to but I wasn't going to give up on this handsome, loving dog without a fight.

I was quickly joined in my efforts by some really wonderful friends who offered to help.  First, we created a Facebook page and asked everyone we knew to spread the news by liking the page and almost immediately donations started to trickle into the Moscow Animal Clinic where the surgery was to take place.  Then the Moscow Pullman Daily News wrote a lovely article about Cooper's predicament and the response was overwhelming.  It confirmed what I had always suspected, that these two communites, Pullman and Moscow, are kind hearted, generous, animal loving communities. Two local businesses Sid's Pharmacy and Ambassador Subaru stepped up.  Sid's Pharmacy provided free medication to help Cooper through his operation and recovery period.  Ambassador Subaru made a generous donation to his clinic fund. The vast majority of the money raised however was donated by individual people who wanted to help.  There were a few larger donations in the $250.00-$1000.00 range but most of the donations were in the $10.00-$100.00 range.  People were so generous in fact we had to cut off the donations at the clinic for fear that we would have money left over and no way to return it to the donors who wanted to remain anonymous.  Cooper's surgery was a success and he found a new home with a family who has 10+ acres for him to roam around in.  The last we heard he had become friends with a mama deer and her two fawns and made a point of greeting them every day as they walked past his new home. 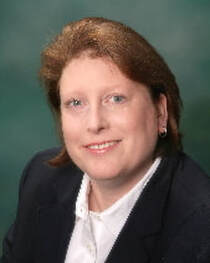 Lori Ammons
I feel lucky and grateful that we were able to help Cooper get the medical attention he needed.  However, I think it is a tragedy that he had to leave his first family behind in order to get well.  It was then I started to think about how to keep this same tragedy from happening to other families.  I know there are families out there with both cats and dogs that need medical attention but the cost is currently beyond their financial means. It is my hope in starting Cooper's Legacy Foundation that I can again find a great group of people to work with me and together we can assist these families in getting medical attention for their four-legged family members.
Lori Ammons